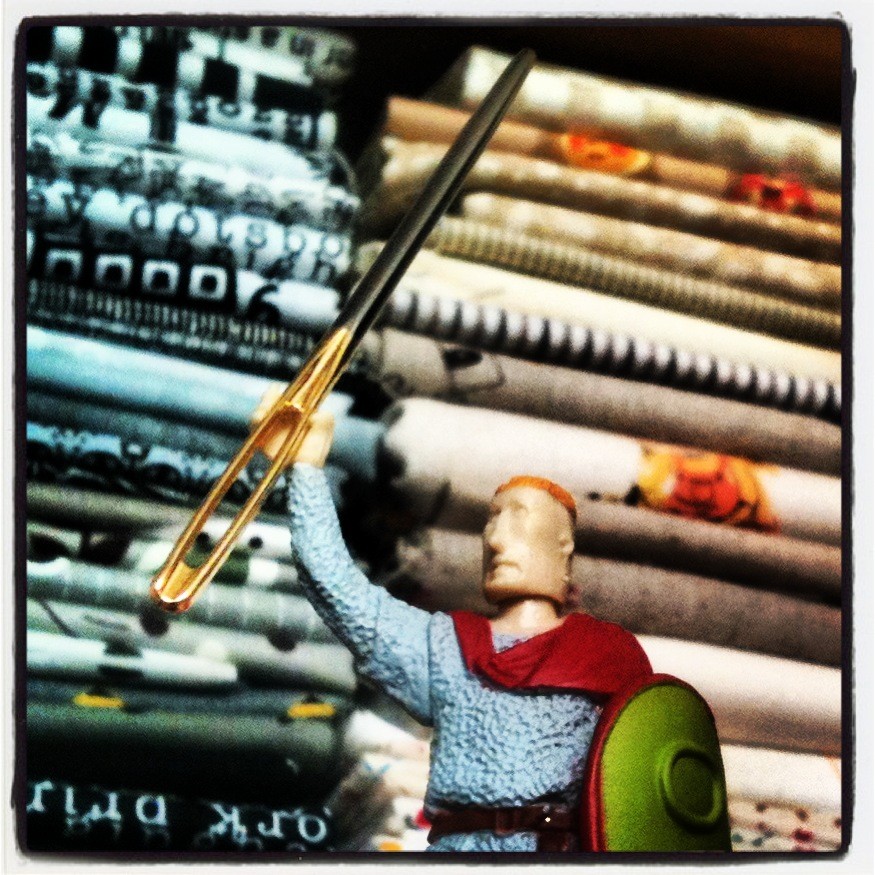 NO GIRLS ALLOWED BEE – DECEMBER, AND THE FINAL POST

At only a modest two months late we find ourselves at the last post of the 2014 No Girls Allowed Quilt Bee! It’s fitting that the bee should come full circle, ending with the founding father, Molli Sparkles.  Mr Sparkles needs no introduction, having already left his glittery stamp on the modern quilting world in far more impressive ways than I could describe here.  I count myself so fortunate that I was able to connect with Joshua way back when, and am both pleased and proud of where our interaction has taken us.

For the final month of the bee, Joshua requested hash tag blocks in a rainbow of tone on tone colours.  Now, as the tutorial so helpfully suggests, a test block is indeed a mahvelous idea; if you haven’t nailed down that exact quarter inch seem, your block isn’t gonna grow up to be the right size.  Trust me; I have an orphan block stuck to my design wall to prove it.

Once I sorted the seam issue, I sewed up a storm, choosing to focus my fabric selections on the teal and yellow areas of the colour wheel. Since I made blocks for Mr.  I’ve grown quite an attachment to fabric arranged in colour order, so it was great fun to pull these. Tula makes an appearance, as does some great small-scale prints that seem to be the staple of my stash.  I can’t get enough of fabric like that! 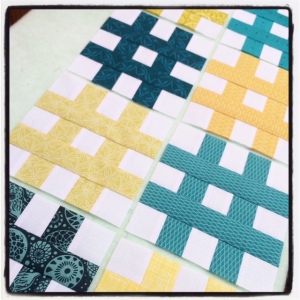 If these blocks seem familiar, you’ve probably seen a ton of them crop up on Instagram as part of the Sew For Sydney movement Joshua initiated to help victims of the Sydney terror attacks.  It was a real call to arms, with hundreds upon hundreds of blocks from all over the worlds being sent to help the cause.  What a great bunch you all are!

And with that the bee comes to an end!  Mark me off the list gentlemen, I’m officially up to date.  What fun the whole experience of being in a bee has been!  I’d stumbled upon the word many times in the early days of my foray into quilting, and was eager to be involved in one.  Well, I couldn’t have wished for a nicer bunch of bee mates.  I’ve learnt so much from these guys and can’t wait to see what they all get up to in the future!  I hope you’ve all enjoyed taking this journey with me.  Be sure to keep your eyes open for the finished quilts over the coming months.  They’re going to be ace!

These days, I seem to be finishing quilts quicker than I can blog about them, which is something I’m not use too!  When I began blogging, the computer would wait patiently whilst I frantically sewed on binding.  Now, there’s a seeming endless list of post waiting to be published!

Today is the turn of a quilt I completed last month as part of round three of the Schnitzel and Boo Mini Quilt Swap.  You may remember the quilt I made for round two of the swap last year, which was great fun and just a little bit difficult to part with. This time around I was pleased to discover my assigned partner, Nicole AKA kwilter100 on Instagram,  had similar tastes to my previous partner, so I was once again able to express my love of all things improv.  I was thinking bright colours, wonky piecing and a lot of quilting; all things my partner seemed to like! 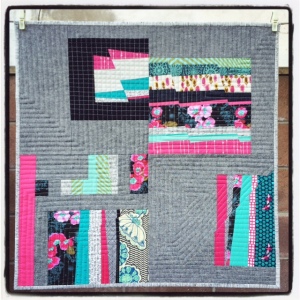 I began by cutting random widths of fabric and strip piecing them.  These were then sliced into and sewn back together, creating a stepped effect.  Like most of the quilts I make, the fabric pulling was one of my favourite parts.  My partner requested large-scale floral prints coupled with aqua and pink.  I purchased some Anna Maria Horner ‘Pretty Potent’ floral as a starting point, and then raided the stash for coordinating prints.  There’s a little Tula in there, as well as some Carolyn Friedlander (surprise, surprise) and some Cotton and Steel.  Everything just works so well together! 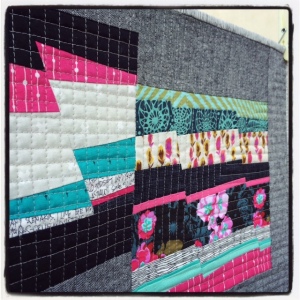 I made a total of four improv blocks before cutting them down and filling in the negative space with some black yarn dyed linen by Robert Kauffman.  I then went to town with the quilting, both following and going against the seam lines, even crosshatching in some areas, with the lines around a quarter of an inch apart. For the backing, I chose a stash staple that I’ve been waiting for the perfect project to use.  The colours were just right.  Binding was another Carolyn print from her Botanics collection.  Love, love, LOVE! 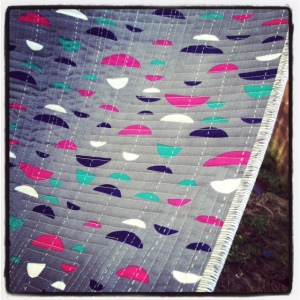 Received and hung up, I pleased to say Nicole was happy with it, which is the whole point of a swap I guess!

Now that I’ve finally completed all my bee commitments, it’s time to get the last few block written about and posted here.  Though these are for November, I actually made these blocks last, for reason you’ll soon discover.

Mr November is Scott Hansen, who can be found on Instagram as Bluenickelsudios and in the blogsphere here.  For his month Scott requested something which, at first, sent a shiver down my spine.  He asked for Union Jack blocks, based on a tutorial by fellow bee member and all round fabulous Molli Sparkles.  He wanted the flags to be made using ‘Liberty-inspired florals’, and since I had no actual Liberty to hand, I had to do a little shopping.  The life of a quilter is often hard! 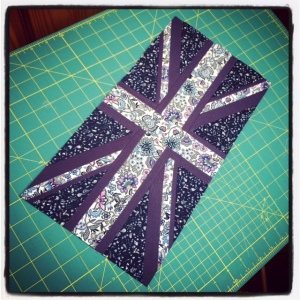 Now, since improv piecing entered my brain and took over the controls, blocks like this, with long cutting lists and precise measurements, are something I’ve avoided.  That’s not to say I was drawn to them in the first place; all that measuring and maintaining of accuracy just isn’t for me.  I get too stressed, too worked up with precision.  Now you see why I avoided making these until the last days of January! 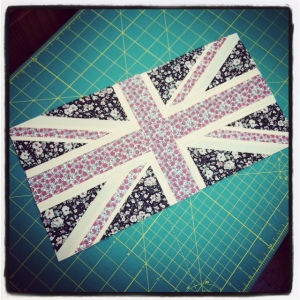 I finally bit the bullet and got down to it, feeling terribly guilty that I made Scott wait so long already.  After all the hype, they really weren’t that bad.  Yes, accuracy is needed, and yes, your seam allowances has to be on point (though one of my blocks was a hair breadth shy of the final size) but as I began the second block I actually found myself enjoying the process, probably for no other reason than the end was in sight! 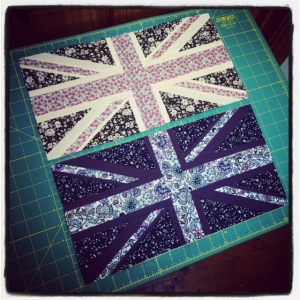 Anyway, Whilst I won’t be making these blocks again in hurry, I’m happy to contribute to Scott’s vision, which I think is going to look awesome.  These fabrics aren’t something I’d usually be seen at a checkout with, but I did enjoy picking florals and matching them to solids.  I love the contrast between the two blocks and hope that Scott will too.

A UNITED STATES OF AMERICA QUILT

Regular readers of this blog will know it’s no secret I’m not enamoured with my job.  Yes, I must have one, and yes, the money pays the bills, but after five years doing the same thing, I’m really ready for a change!  I recently found out that a colleague and close friend would be moving on to pastures new.  In fact, as I write this, he’s working his last shift.  I couldn’t let the occasion pass without giving him a small token of appreciation to thank him for all the times he’s lent me his ear and kept me relatively sane in the workplace!  So, I did what us quilters do best and made him a quilt.

One of our traditions was to play a game of “Name all the American States in the shortest amount of time.”  Every other Friday, during the graveyard shift, we would try to best our previous record and not get tongue-tied over all the ‘M’ states!  When I began thinking about what to make him, the answer came quickly – a states quilt!

This was so fun to make!  Followers of my Instagram account may remember I already attempted one of these.  I ran into difficulties early on when I realised that the state templates I found were all different scales, and so fitting them together would be nigh on impossible!  Fast-forward to the second attempt and I decided to use a map that already had the states fitted together to make my templates, thereby ensuring a perfect fit.

The first step was to cut all the states from the map.  I decided to laminate them to make them more durable.  I’ll probably make another of these in the future so having the templates ready to go will be a great time-saver.  The states were transferred to fusible web before being ironed to the wrong side of my fabric choices.  It’s important to remember when transferring shapes to fusible web that they need to be reversed, so that when you cut them out of the fabric they are the right way around.  Of course, this doesn’t apply to circles, squares and other symmetrical shapes. 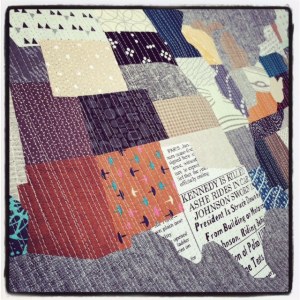 Pulling fabric for this project was my favourite part.  After some secret information gathering from his girl friend, I learnt the recipient’s favourite colours.  The fabrics are modern, manly and evocative of the states.  Florida is green and swamp-like, Colorado has a rocky feel and Arizona evokes hot, dusty plains.  There’s a really eclectic mix of fabrics in the map; Kona solids, Oakshott cottons, Tula pink, Carolyn Friedlander and Cotton and Steel.  Once the states were cut out, they were pressed into position on a background of black Essex Linen; a go-to fabric for me these days for all sorts of projects.  I ensured the first state, Washington, was placed level on the fabric before placing the others one by one.  It was fun to watch the map grow with each new addition.

Due to some of the states being quite small (bloody Delaware!), I couldn’t be bothered to stitch around each one individually, so I chose dense matchstick quilting to add texture to the quilt and secure all the pieces down at the same time.  I began by marking a straight line on the edge of the quilt and used this as a guide to quilt across the top.  I started with lines a quarter inch apart, then went back and filled in twice to leave lines no more than an eighth of an inch apart.  The texture is awesome!  To finish the piece, I used a Joel Dewberry wood grain print for binding. 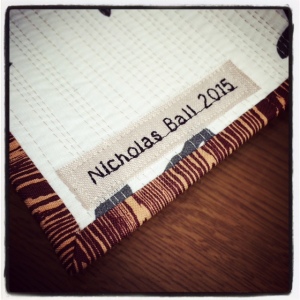 The last addition was a label, made with the monogramming feature on my new Janome.  I have to admit I’m a little bit in love with it and it makes the perfect finishing touch.  I’m pleased to say the quilt was well received and hopefully it’ll be a reminder of our fun-filled Friday nights for years to come. 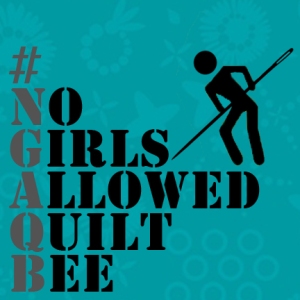 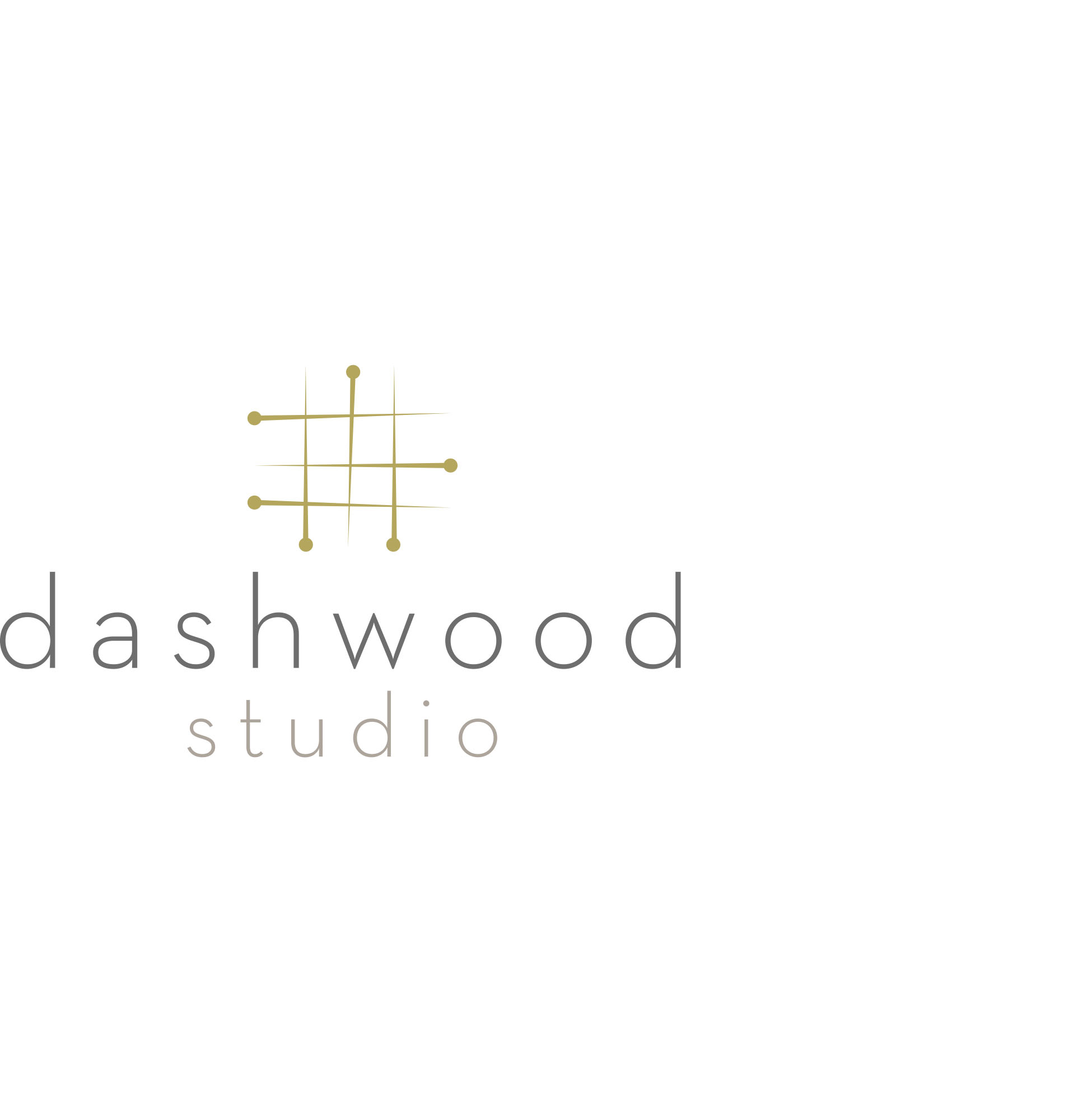 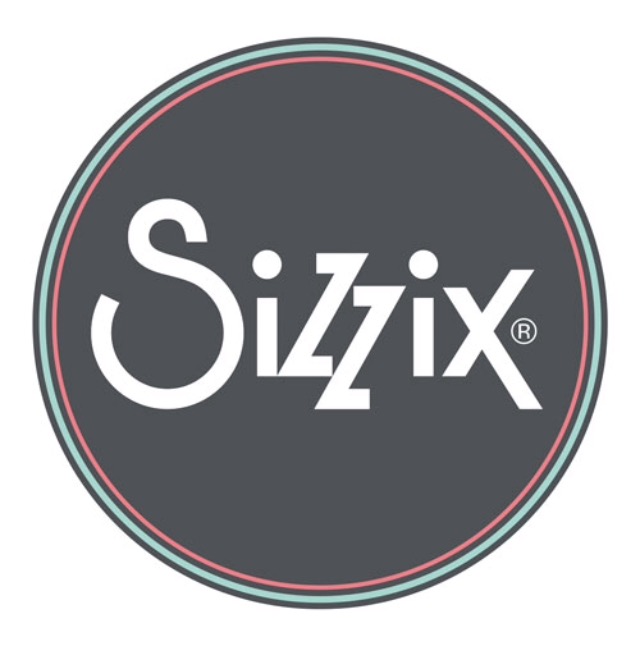